Headway being made at Fukushima nuclear plant

Headway being made at Fukushima nuclear plant 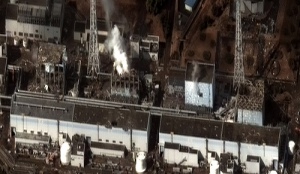 According to reports reactor No. 3 at the Fukushima Daiichi nuclear complex is stabilizing and this is welcome news for everybody.  This applies to the fact that reactor No. 3 is the most dangerous reactor because of the usage of highly toxic plutonium and if this reactor comes under control then this will be a welcome tonic for all the workers involved.

It appears that one of the reactors out of the six which has been leaving people on tenterhooks is gradually being reigned in.  This was achieved after fire trucks sprayed the stricken reactor No. 3 for several hours.  Therefore, you now have some signs that headway is being made but the situation remains delicate.

It now appears that a power cable was attached to the stricken nuclear plant and if the cable becomes fully effective then water pumps can prevent the fuel rods from overheating.  Therefore, Yukio Edano, the Chief Cabinet Secretary announced that “The situation there is stabilizing somewhat” and it is hoped that this will prevent a major radiation leak which would endanger life.

A significant breakthrough will hopefully materialize on March 20th and this applies to electricity flowing into four reactors and this in turn will boost the stabilization and rescue operation.

It was announced that a power cable is now connected to the No. 2 reactor and on March 20th a test will be held on reactors one to four at the Fukushima Daiichi nuclear complex.  Therefore, the next twenty four hours will be instrumental in making real headway and containing the nuclear crisis in Fukushima.

Roughly three hundred engineers worked on reactor No. 6 and once a second diesel generator was attached to this reactor then attention was put on to cooling pumps in reactor No. 5.

TEPCO announced that “TEPCO has connected the external transmission line with the receiving point of the plant and confirmed that electricity can be supplied.”

TEPCO also confirmed that cable is being laid and that once everything is in place then engineers will try to regenerate coolers at reactor No.2.  If everything goes according to plan then numbers 1, 3, and 4, will become functional or partly functional on March 20th.

Hidehiko Nishiyama of the Nuclear and Industrial Safety Agency commented that “Our priority is to have the regular cooling system cool the reactor and storage pool, instead of pouring in seawater.”

Meanwhile TEPCO is coming under close scrutiny because it appears that the nuclear plant was ill-equipped and this applies to a possible tsunami.  Some critics are claiming that the stricken plant was designed to withstand a major earthquake but ill-prepared against a potent tsunami.

Hidehiko Nishiyama confirmed this because he stated that the tsunami was “beyond the prediction.”  He continued by stating that “One of the problems that caused (the crisis) was that the emergency power generators were not placed inside the building complex” and “I have heard that generators in some other nuclear power plants are placed inside.”

On a more optimistic note it is hoped that video feeds and other devices will enable TEPCO to view every detail of the current situation and then respond to these new findings.

March 20th will be an important milestone if everything goes according to plan.